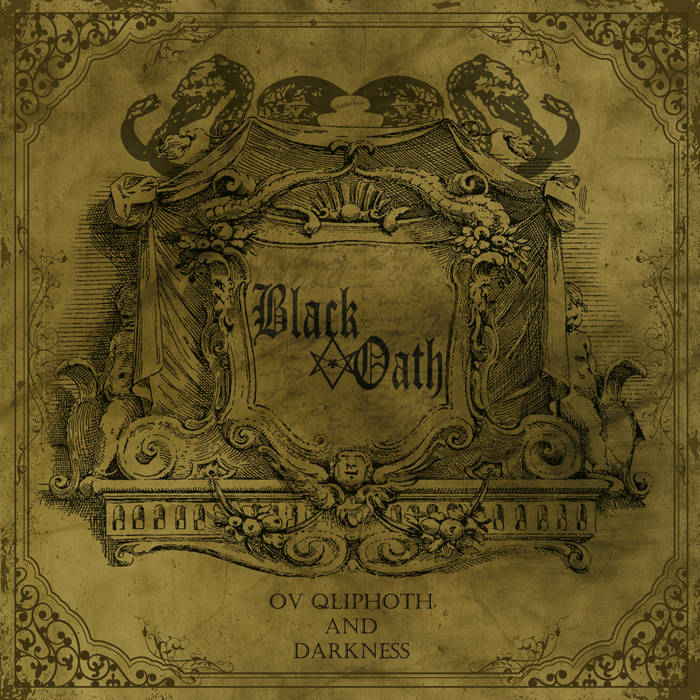 A.Th, Paul V. and Chris Z. signed the Black Oath with the intention
of continuing the tradition of esoteric Italian metal originated by cult
acts such as Death SS, Paul Chain, Zess and Jacula. After a well received debut album called “The Third Aeon”, and an assortment of miscellaneous releases, we at I HATE are proud to present the
second full-length album bearing the title of “Ov Qliphoth and
Darkness”.

Black Oath spent a considerable amount of time composing and
recording this material. Two different studios were used to ensure
that every single detail came out right, and that the magick and
atmosphere in the songs was captured. Every song has a different approach with inspired vocal lines, sad melodies
and obscure riffs!

For inspiration the band draws heavily from the horror, disease and
pain that surrounds them daily. Conceptually they are rooted in
darkness, superstitions and witchcraft, and “Ov Qliphoth and Darkness” will be a black mark of no return for everyone. Experience this esoteric path through the graveyard of life and dreams together with
them.

I HATE is a Swedish metal label releasing CD, vinyl and tape.

Bandcamp Daily  your guide to the world of Bandcamp

outré black metal, with a Victory Over the Sun interview and music from Liturgy and Jute Gyte.