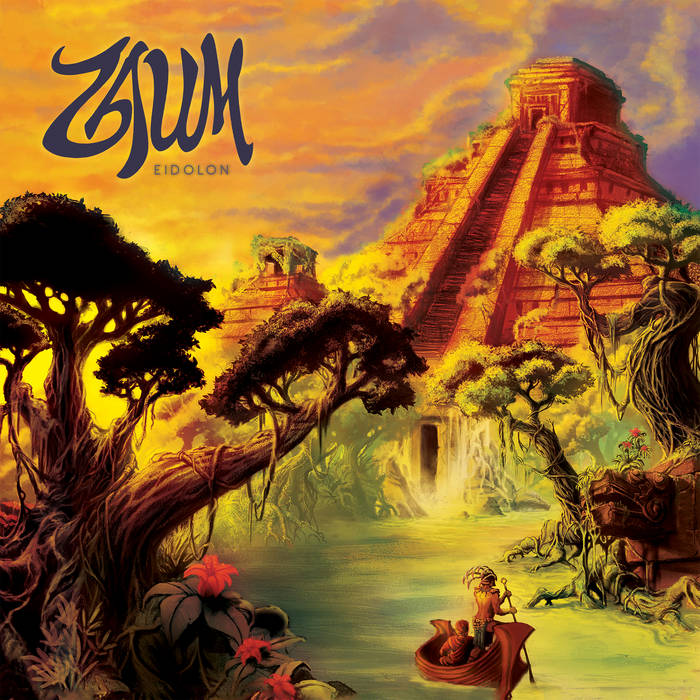 Based in New Brunswick, Canada – ZAUM is a dark passage into the unspoken realization of the old world; a monolithic doomy mantra-based meditative experience forged by bass and drums interwoven with sitar, woodwind, string and synth textures. It is intended for the listener to experience a tranquil resonance, whereby the astral and physical planes coexist and are understood from a natural perspective.

Their debut album Oracles, released in June 2014, garnered widespread critical acclaim, primarily throughout Europe, and was eventually nominated for an ECMA Award for Best Loud Recording. In their one and a half years as an active touring band, ZAUM have amassed more than a hundred live shows (mainly international) including support stints for Voivod, Pentagram, and Cauldron.

Chapter II in the existence of ZAUM is an illuminated revelation borne through the mists of time, supplemented by lush and organic soundscapes, complemented by vibrant artwork. Artistry to summon into mind another lost world far from the Middle Eastern deserts of debut album Oracles. A doorway to reconnect with an ancient past. This is Eidolon: groundbreaking, challenging and highly imaginative.

Eidolon will be released worldwide on October 24th, 2016 via I HATE.

I HATE is a Swedish metal label releasing CD, vinyl and tape.

Bandcamp Daily  your guide to the world of Bandcamp

outré black metal, with a Victory Over the Sun interview and music from Liturgy and Jute Gyte.